You are here: Home1 / Location

Thanks to the creation of a penal colony on Coiba (1919-2004) and the fact that few people dared come too close to the island with its resident criminals and political prisoners during this period, the island’s ancient forests and woodlands have been protected from loggers and poachers, leaving it seventy-five percent untouched and teeming with exotic birds and wildlife. The chain of islands is linked to Cocos and the Galapagos islands by the underwater Cocos Ridge and the surrounding ocean is just as untouched as the land. By turning Coiba into a National Park in 1991, the Panamanian government has succeeded in protecting the 760 different species of fish that can now be found there and in 2004 UNESCO declared Coiba National Park a World Heritage Site.

What Wikipedia tells us

Coiba is the largest island in Central America, with an area of 503 square kilometres (194 sq mi), off the Pacific coast of the Panamanian province of Veraguas (…)

Scientists from the Smithsonian Tropical Research Institute have proclaimed it an unparalleled destination for discovering new species. Rachel Collin, a Smithsonian project coordinator said: “It’s hard to imagine, while snorkeling around a tropical island that’s so close to the United States, that half the animals you see are unknown to science.”[2]

Its unique location protects it from the damaging winds and other effects of El Niño, allowing it to sustain the uninterrupted evolution of new marine species including whale shark, […] sea turtles, angel rays and giant schools of fish. It is also the last refuge for a number of threatened terrestrial animals such as the crested eagle and several sub-species of agouti, possum and howler monkey (including a Coiba Island howler monkey).

The waters adjacent to the island are teeming with marine life. It is surrounded by one of the largest coral reefs on the Pacific coast of the Americas. The Indo-Pacific current through the Gulf of Chiriqui provides a unique dive environment. The warm current brings with it coral and many of the pacific tropical underwater life that you would not expect on the Pacific Coast of the Americas. Also with it come the larger fish/mammals such as humpback whales, sharks, whale sharks, orcas and more. Some 760 species of fish have been recorded here, including snappers, barracuda, amberjack, and three types of marlin. 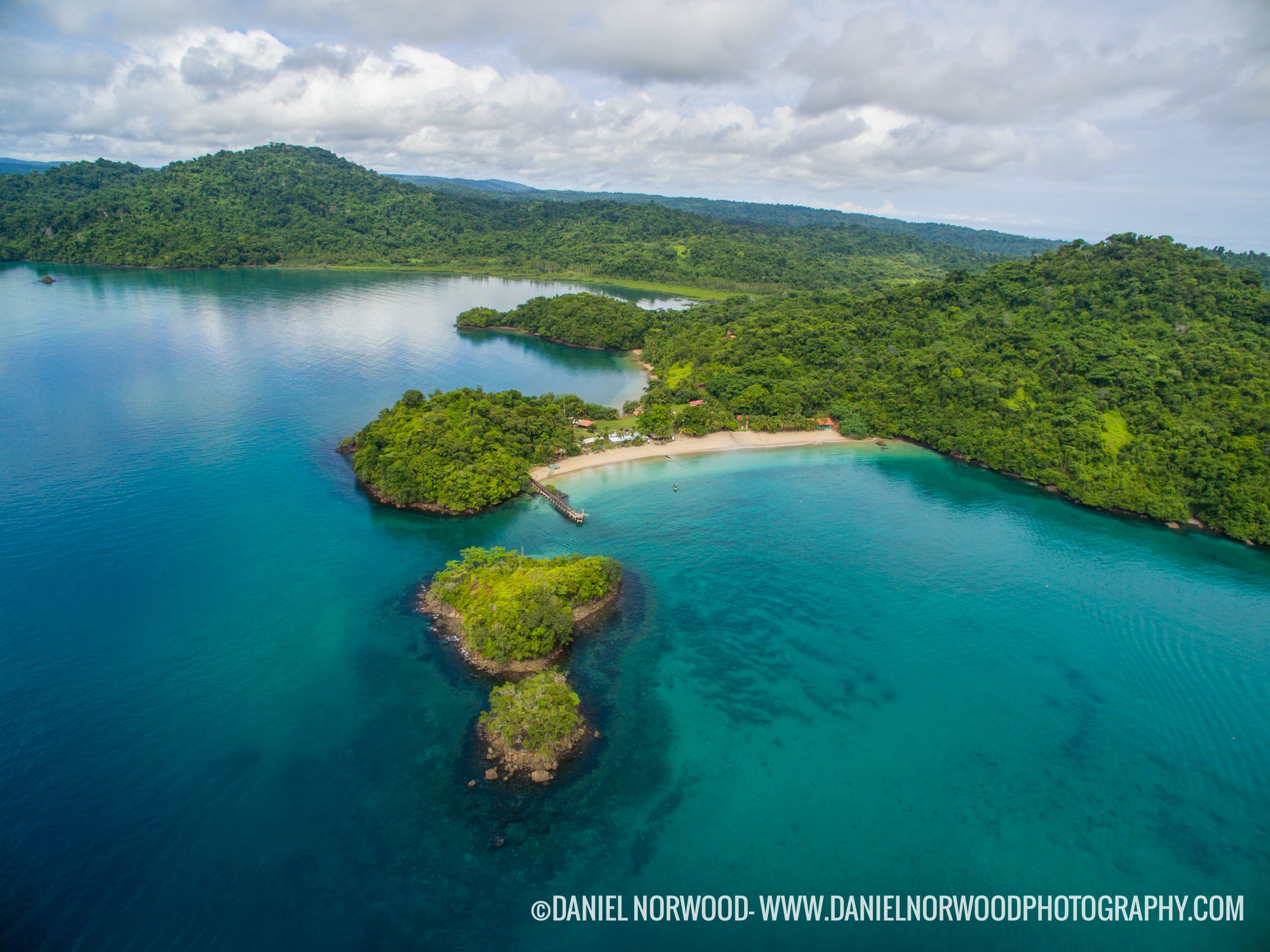 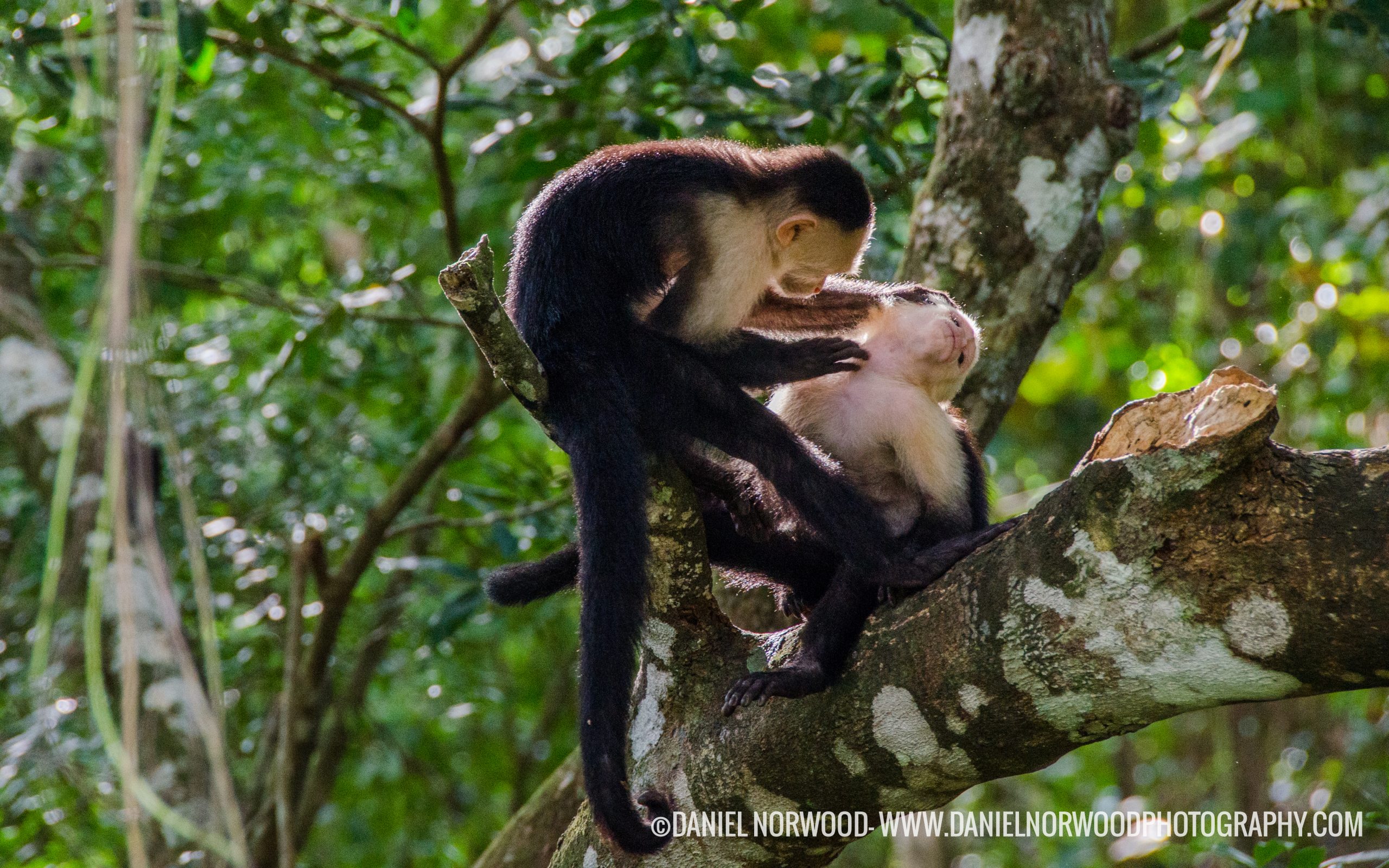 Santa Catalina is a small fishing village located two hours from Santiago and five hours from Panama City. It is the shortest boat ride from the mainland to Coiba Island and the National Marine Park. There are two small grocery stores, fruit and vegetable sellers and many hotels and restaurants that cater to all budgets. The nearest main town is Soná, located just over an hour away by bus. It is still relatively small, but there you will find larger supermarkets and facilities including a post office and a bank. Nowadays in Santa Catalina, although there is a pharmacy and an ATM (no bank) there is no doctor so make sure that if you require a medical clearance for diving, you get this done before your arrival here.

Santa Catalina is now also a tourist destination, and much of the small community’s income and industry is derived through tourism. In the high season (from December to April), hostels fill up, whilst in the low season the town feels like a sleepy village where you can lose yourself in the slow pace of life.

Activities include of course scuba diving, but also surfing (location of the ISA Reef World Surfing Games, 2013) yoga, kayaking, freediving, hiking, and horseback riding. There are two beautiful beaches where you can relax and if you dare, you can attempt the 1.5 kilometer swim out to Santa Catalina Island.

How To Get Here

From Panama, take the Interamericana all the way to Santiago de Veraguas. If you don’t have a GPS, it is best to ask to make your way onto Route 4 towards Soná. Just before reaching Soná, you’ll find a turn-off (Delta petrol station) to the left that leads to Santa Catalina. The whole trip usually takes about 6 hours.

If you are in a hurry or prefer the comfort of a private car without driving yourself, you can get a taxi to come fetch you at the airport or your hotel and it will take you straight to Santa Catalina. Just let us know and we will arrange this for you.

If you are coming from or going to Boquete ($35), you can get a shuttle (organized by ´Caribe Shuttle´). Count on a four to five hour journey .

Maps were disabled by the visitor on this site. Click to open the map in a new window.